Artist Suzanne Lacy seeks to rectify the absence of women’s voices by creating platforms for their speech. In mid-October just as the days felt shorter and the late afternoons were cooling considerably, she initiated a performance of over 300 feminist participants for “Between the Door and the Street”…. [Read More…] 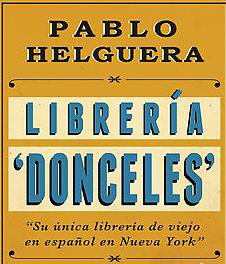 Themes of language, translation, and polyphonic voice are prevalent in the conceptual and socially engaged art practice of Pablo Helguera, particularly his project Librería Donceles (New York) 2013. Kathleen MacQueen speaks with the artist about his exhibition at Kent Fine Art (up through November 8, 2013). See BOMBlog for the full conversation.