All that is marvelous: Finland’s melancholia

March 7, 2015 · by Kathleen MacQueen · in All that is marvelous, Shifting Connections 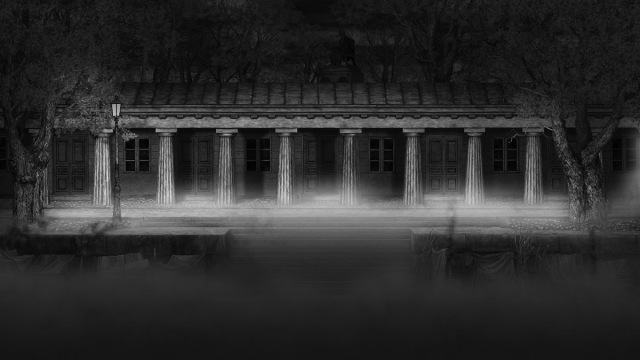 Finland is known for Jean Sibelius, Eero Saarinen, Alvar Alto, heavy metal bands, and the open source operating system Linux. The social progressivism represented by the idealism of a free and open commons is offset by the nation’s remarkably homogeneous demographics with only 3.4% foreign citizens (mostly from Russia) in this sparsely populated country of 5.5 million (a quarter of whom live in the capital Helsinki). Such contradictions within the ideals of civil society are manifest in the philosophy of the Enlightenment and the rise of nation states and so it is not without irony that the two artists known as IC-98, who will represent Finland in the 2015 Venice Biennale, have chosen the 1836 neo-classical Oylich colonnade in Turku, Finland as the focal point for A View from the Other Side (2011). This HD-animation is currently featured at the Moving Image art fair and located in the center of the arcade within the Waterfront New York Tunnel.

Modeled after an ancient Greek stoa – a covered, protected public space in the agora – the Oylich colonnade, like the Greek agora before it, has witnessed the division of the populus into citizens and foreigners. Though unpopulated in IC-98’s digital projection, it shows full evidence of its multiple and flexible uses as a fishing port marketplace, a restaurant, and a squatters quarters. Meticulously rendered in graphite and animated by Visa Suonpää (b. 1968) and Patrik Söderlund (b. 1974), the black and white, fixed view, tightly cropped scene is bathed in luminosity at once seductive, ominous, and somber. Stillness is its hypnotic pull; yet, in surveying the details, one slowly becomes aware of change: the mast of a boat crosses our view, a once lit arcade fills with smoke, the frozen river breaks up and trash floats downstream, laundry is draped on branches outside the abandoned structure, debris builds up, docks and pavement break down, barriers are constructed, while grasses and magpies overtake the rigid attention of columns soldiering through the years.

Finland is also known for its endless summer days, making time’s transit imperceptible and so too, in IC-98’s iconography of access and use (as in mixed use, useful, and useless), the environment changes without any clear indication of time passing. Whether we notice, or not, depends on how we heed the conditions placed on public space (and, in the case of the Oylich, its conversion to private property). If we are willing to commit our attention long enough to take in the splendid beauty of Finland’s melancholic ruins when finally a full moon rises, we will find every minutia is worth the near feature-length duration to get there.

← Alejandro Cesarco: An artist’s promise
All that is marvelous: Hito Steyerl → 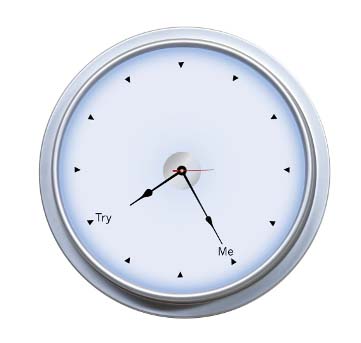 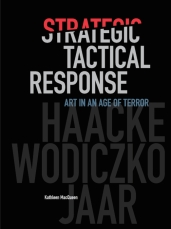